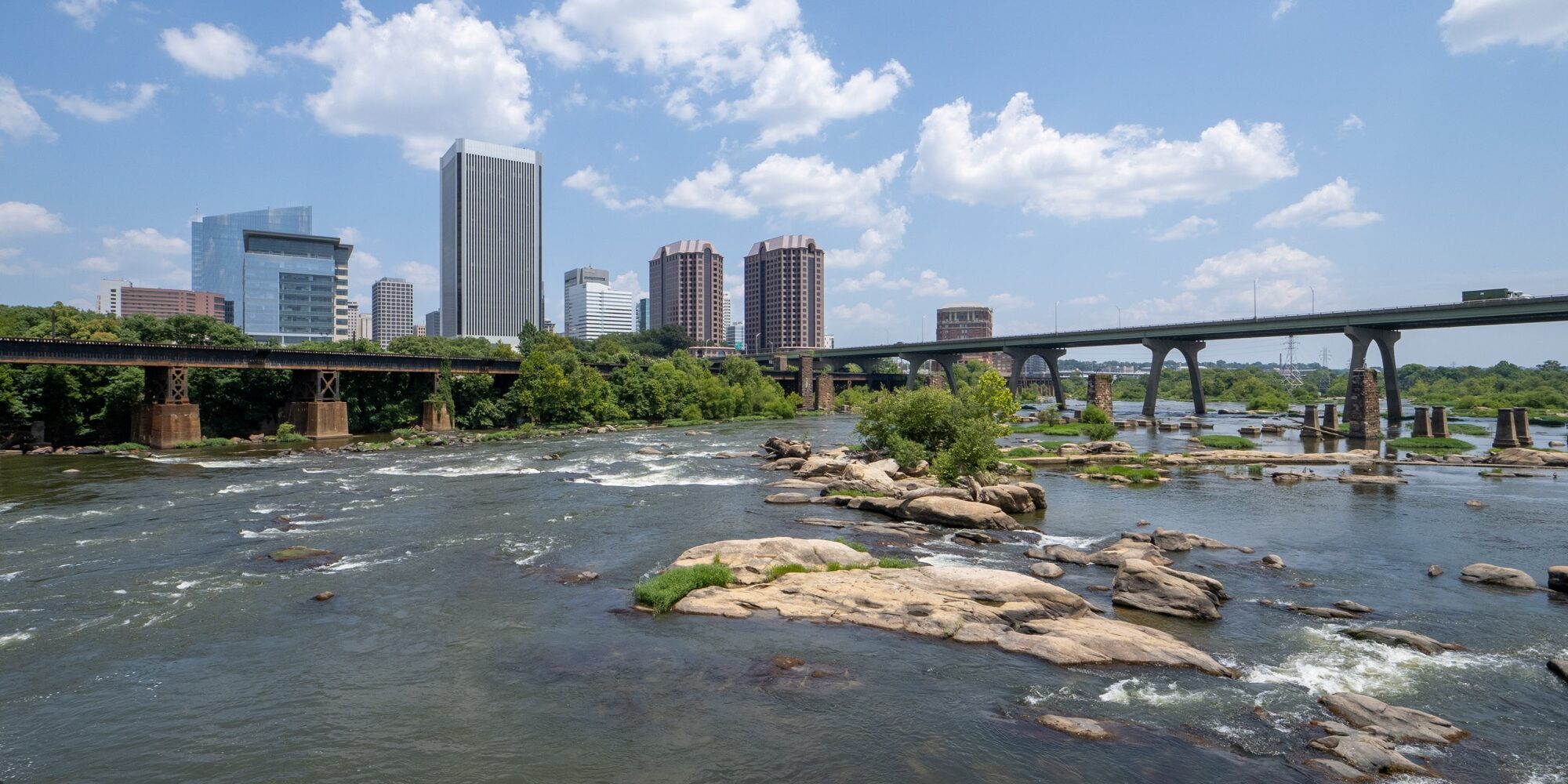 Patrice offered to give us a guided cycle tour of Richmond, something Phini usually does but he had just undergone surgery and was not allowed to ride!

We had a great ride around the sights of Richmond and Richmond is a city where I could live! They have the James river which is navigable by ship to the town, above that it is wild water and in season they have grade 3 to 4 rapids. Today was low water, but the kayakers still found enough flow to play.

I was jealous (kayaking, slalom competition, was my passion when a teenager!)

It was brutally hot, as it has been for the past week or more, so we popped into a brewery for a cooling beer before returning, collecting our panniers and making our way to our next Warmshowers host in Richmond.