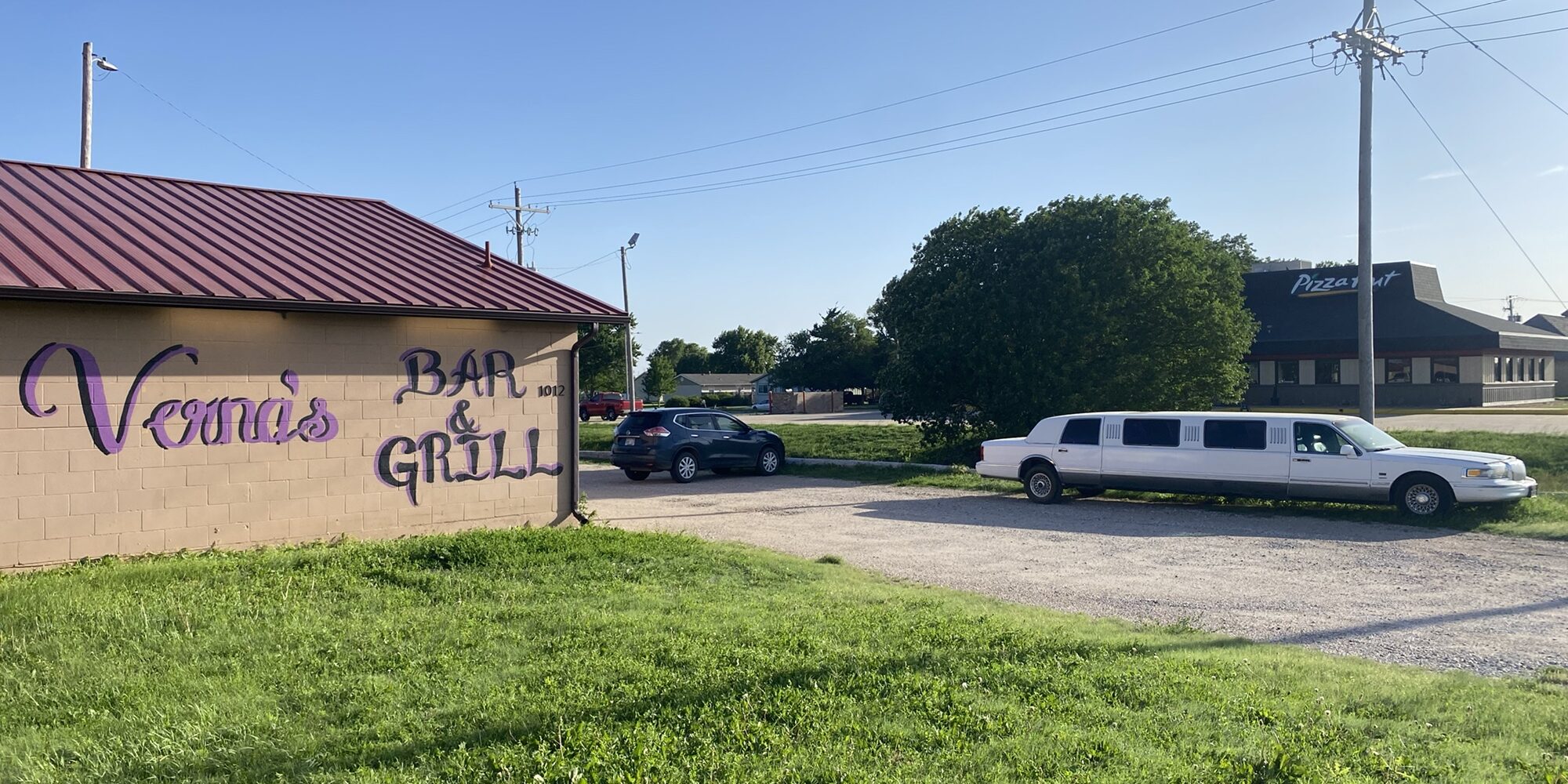 We had hoped the SSW wind would help us today, especially as it was very strong. More than 46km/h with gusts up to 60km/h 💨💨

This wasn’t really the case, it just made progress difficult. At least we had the wind upstream of the trucks so no buffeting as they passed us.

We met a few other cyclists going the other way

We were really glad to arrive at Lyons and find a motel where we could get out of the sun and wind. We have decided that riding in temperatures over 40C and strong sunshine is not really healthy so we will adapt our schedule to try to avoid the midday sun

Just as we arrived in Lyons Stef broke a spoke on his back wheel. We tried to fix it but my reserve spokes were just a bit too short 🤬. So tomorrow we have to ride 50km to Hutchinson where there is a good bike shop to get it repaired. Let’s hope it hold long enough 🤞

Supper was at Verna’s bar and grill. We got the special of the day. Tacos