Over the snowbound Santiam Pass 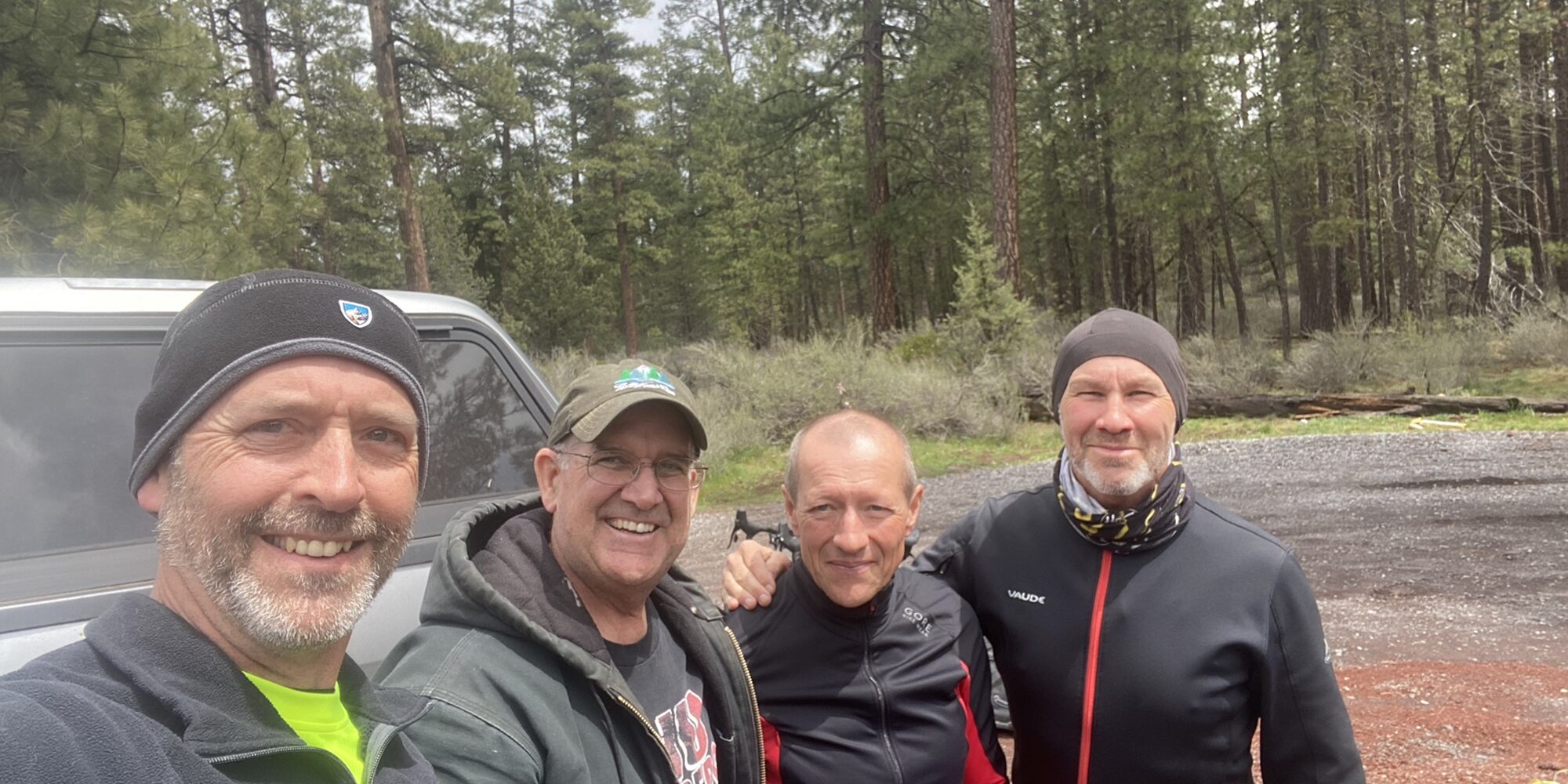 After meeting up with Rich who was also being hosted on WS by Jim and Jill it was obvious that we were not going to be able to ride the pass so we needed a ride. The forecast was for at least 2 more days snow and we don’t have 3 days to waste waiting for better weather.

We asked the young manageress in the store if she knew anyone willing to take us over to beyond the snow line on the far side. She put out a message to the locals, Rich (a pastor) went to the local church to ask for help but as it is Mother’s Day most people had things to do. In the end I went back to the hotel where we stayed and asked the manager. He said ‘sure, why not, I have a big truck and can take all 3 of you’.

Although the picture makes it look fine to ride, the lava sand on the shoulder would be treacherous. that and the forecast was for more snow and minus temperatures.

What was a 94km ride became a 22km ride. Disappointing that we will not ride the entire TransAmerica but a sensible decision